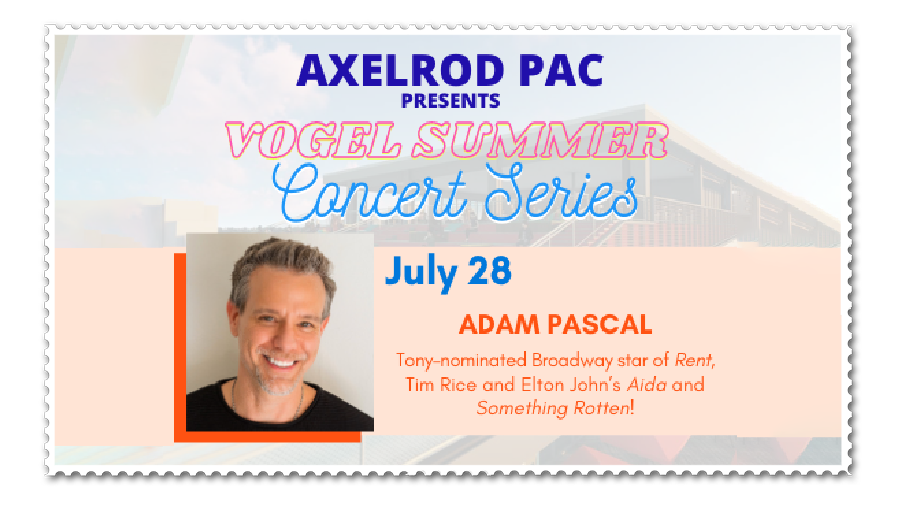 ADAM PASCAL has enjoyed an exciting career on Broadway since creating the role of Roger in Rent in 1996, for which he received a Tony nomination. He also created the role of Radames in Elton John and Tim Rice’s Aida and played the Emcee in the Studio 54 revival of Cabaret, Huey Calhoun in Memphis, and most recently, the Bard himself in Something Rotten! Adam has also recorded solo albums and appeared in film and TV.