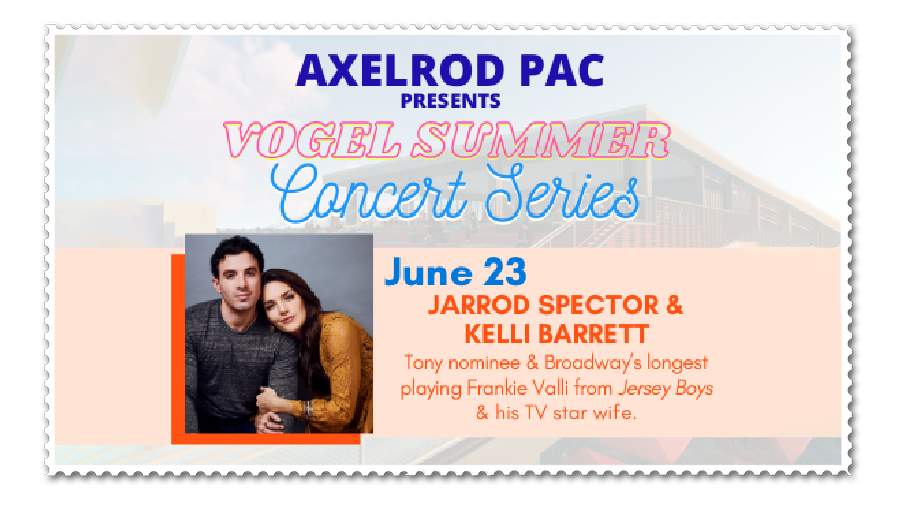 JARROD SPECTOR & KELLI BARRETT, one of Broadway’s most popular couples, return to perform together. Jarrod made Broadway history as the longest playing Frankie Valli in the hit musical Jersey Boys and received Tony and Outer Critics nomination for creating the role of Barry Mann in Beautiful: The Carole King Musical and recently portrayed Sonny Bono in The Cher Musical. Kelli has appeared on Broadway in Doctor Zhivago, Wicked, Baby It’s You and The Royal Family. Off Broadway she originated the role of Sherrie in Rock of Ages.