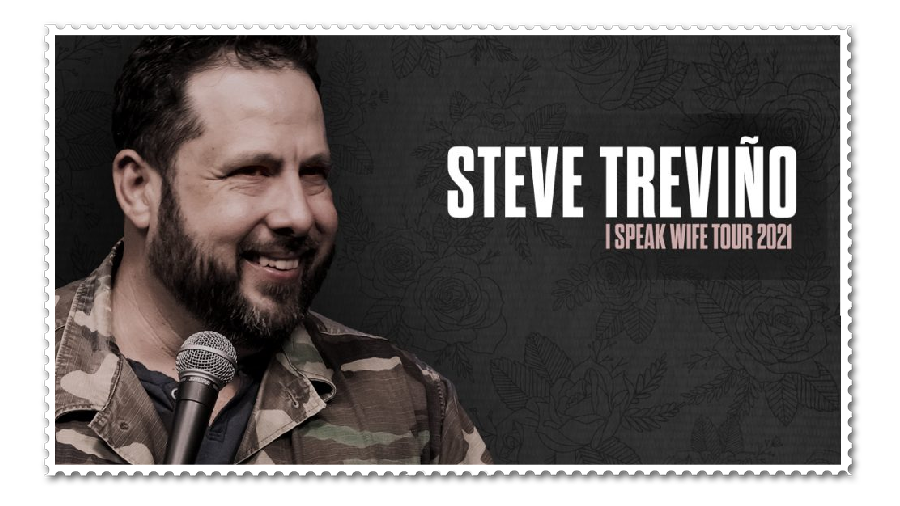 Comedian Steve Treviño is “America’s Favorite Husband.” He can “speak wife fluently,” he never calls “the guys” for help on a home project, and he knows better than to “make his own decisions” since decision-making is a privilege reserved solely for his wife, Renae, alone. He appeals to audiences by fitting right into their families. This identifiable approach affirms his status as one of the country’s fastest-rising comics, viewed over 175 million times as of 2020, selling out shows coast-to-coast, amassing nearly 1 million total social media followers, and headlining specials for Amazon, NETFLIX, Showtime, and more. Cutting his teeth in Dallas, TX, he opened up the iconic 2001 Three Amigos Comedy Tour featuring Carlos Mencia, Pablo Francisco, and Freddy Soto. By 2006, he began headlining on his own. He delivered side-splitting performances on The Late Late Show, Comics Unleashed, and BET Comic View in addition to writing for Mind of Mencia and producing and writing for international GRAMMY® Award-winning superstar Pitbull’s La Esquina.