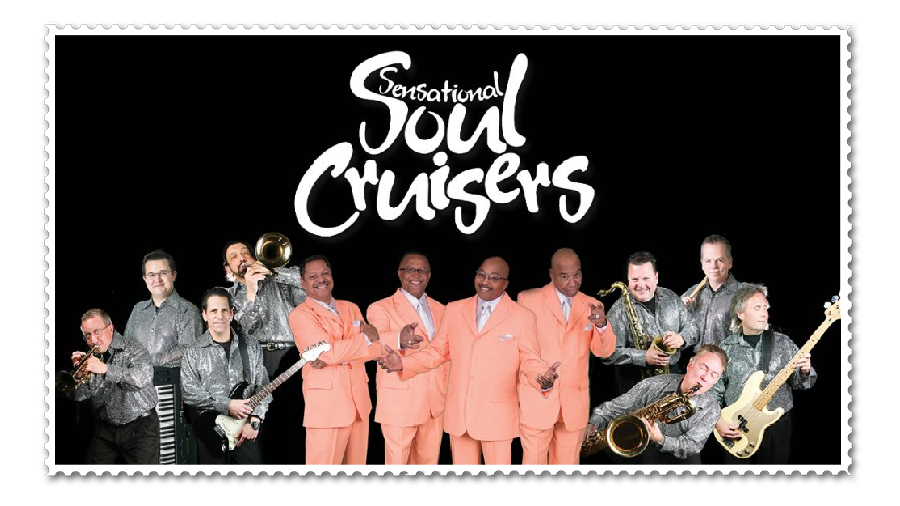 The Sensational Soul Cruisers are New Jersey’s top show band, performing the best of RnB, Motown, Disco and Philly Soul. Fans describe them as a cross between Kool and the Gang, Chicago and the Temptations, delivering a WOW” show, time after time. Their four choreographed lead vocalist deliver the greatest hits of The Temptations, The Four Tops, The Jackson Five, The Spinners, Smokey Robinson and so many more. Do you remember a movie called Eddie and the Cruisers? Prior to the creation of the Soul Cruisers, the rhythm section was the band behind Eddie Testa, as Eddie and the Cruisers. That band and its name inspired the movie of the same name. So many National Artists have been guests at Soul Cruisers shows, including Bruce Springsteen, Clarence Clemons, John Eddie, Southside Johnny, and so many more. The group has over 17,000 loyal followers on Facebook, with many coming to shows for decades.